If you’ve ever been on a distillery tour, chances are that the milling room wasn’t exactly the highlight of your trip. Sure, looking at the boxes with husks, grit and flour can be fun, but unless the machinery is running, there really isn’t all that much to see. And if the mill is in fact operational, the noise level is so deafening that you will quickly be ushered into the next room, where the tour guide can give an explanation. 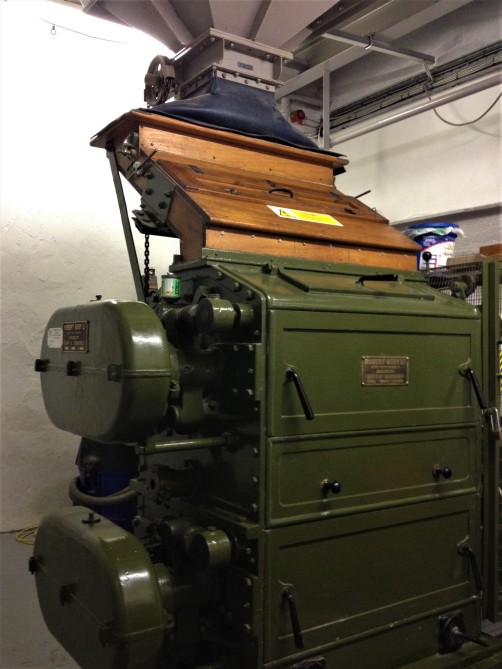 The malt mill at Ardbeg distillery, old despite its shiny paint job

While washbacks might be made out of fresh pine wood and a newly replaced still may yet be shiny, the malt mill is always the same old, worn machine, like something straight out of a dusty shed with antique, discarded equipment. There is a reason for this though, and that reason is simple: almost all the malt mills currently in use do date back a few generations. You sometimes hear the phrase “They don’t make them like this anymore”, and in the case of the malt mill, this is actually true: they stopped being produced in the 1970s. But the reason the malt mill went out of production wasn’t because it wasn’t working properly or had somehow become obsolete. Quite the contrary, malt mills were so effective and durable, that they forced the companies that produced them into bankruptcy. Never breaking down, never malfunctioning, just grinding away the tonnes of barley that are thrown at it, year in, year out. Since they hardly ever needed to be replaced, there wasn’t a whole lot of money to be made by selling them. Malt mills are an example of something that was simply too well made, and contemporary manufacturers have taken note. While a malt mill could easily last a lifetime, cars or phones these days are made to break down in mere years, thereby boosting sales.

Most Scottish whisky distilleries own one of two brands of malt mill: either a Robert Boby or a Porteus, both of which work largely in the same way. Before entering the actual mill, the barley passes through a dresser, which acts as a sieve to filter out any larger objects, such as stones or pieces of straw. These dressers are also fitted with magnets to stop any small metallic objects from getting stuck in the mill. The mill itself consists of two rollers. The first roller cracks the husks of the barley, while the second pulvarises the grain. The resulting mixture is called grist, and can range from a light and powdery dust to a rough, coarse mixture. If the grist is too fine, it will clog up the mash tun, whereas valuable sugars will be lost if the mixture is too coarse.

From malt to grist, along with its components

Clearly then, the malt mill performs an important task. Yet despite the fact that that it may grind up thousands of kilograms of barley per year, it hardly requires any maintenance. In fact, distilleries take a strange pleasure in showing off how old their mills are and comparing when the last repairs took place. For example, Deanston proudly states that their mill was only recalibrated twice since the 1960s, while Glenfarclas proclaims that they’ve not had to replace their rollers in over 30 years. When a malt mill does break down however, this can spell trouble for the distillery. Since both Robert Boby and Porteus are now defunct, spare parts are very hard to come by and must be made to order. As such, malfunctioning mills can take days to repair, forcing a distillery to fall silent the moment it runs out of grist. For a business that is normally operational nonstop, this can be a costly distraction. Spare parts aside, since these machines are now so arcane, it can even be tricky to find a skilled mechanic to service them. The Bruichladdich website states that their mill was “refurbished by the only man in the country with the expertise to do so, two weeks before he died”. I can hardly imagine that there was only a single capable mechanic left, so while this may be an exaggeration, it does illustrate the fact quite nicely.

Buying a new mill is not really an option either. When Ardbeg installed its Robert Boby mill in 1921, it cost £300. A new (second hand) mill would cost around £60.000 nowadays, quite an outlay for a machine that’s over 50 years old! Yet obtaining a newer form of equipment is apparently not done, as even newly established distilleries do not commission a new, state-of-the-art mill to be built, but instead go in search for a Porteus or Boby mill from a mothballed distillery or brewery. To illustrate, although Kilchoman was established in 2005, they managed to acquire an 80 year old Porteus mill from a local brewery, which is now easily the oldest piece of equipment in the distillery. I suspect that in another 80 years, that same mill will still be running smoothly, outlasting other equipment, staff and perhaps even the distillery itself. And while producing a malt mill this durable may not have made good commercial sense, it is definitely something to be proud of. Porteus and Boby may disagree, but I would certainly like to raise a glass to the unbreakable malt mill! 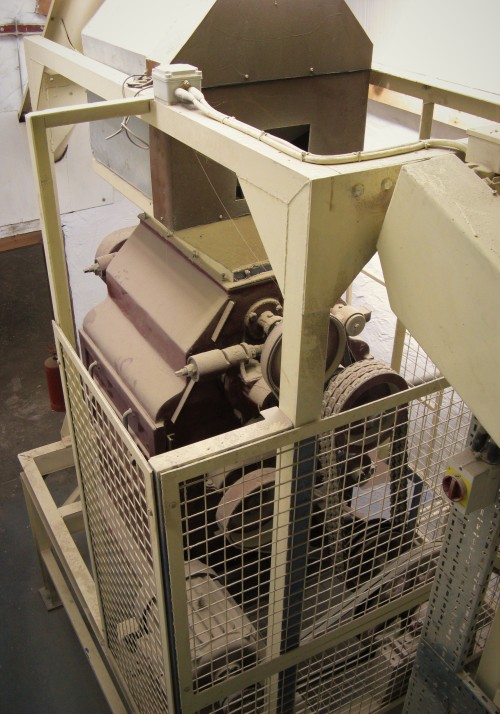