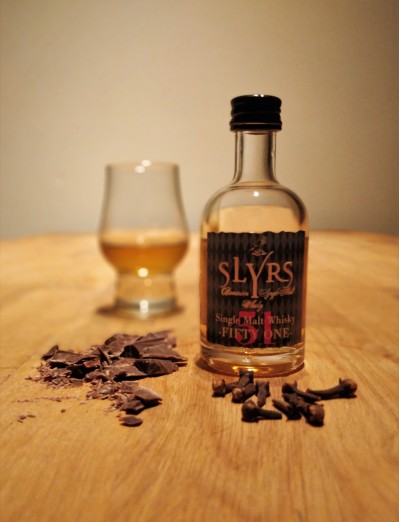 Tucked deep into the Bavarian hills on the shores of the Schliersee, we find Slyrs distillery, home to what is probably Germany’s best known whisky. Although founder Florian Stettler produced the first batches of Slyrs as early as 1999 at Lantenhammer distillery, it was not until 2007 that Slyrs opened its very own facilities, allowing them to upscale production significantly. As a result, Slyrs has garnered some more international exposure, racking up a series of awards and accolades along the way. Over the past years, Slyrs has not shied away from using European oak for maturing their whiskies, with Port, PX and Oloroso sherry finishes all gracing the shelves. But why choose, when you can simply bottle a combination of these casks? Or at least this is what Slyrs must’ve had in mind when releasing Fifty One, which is a vatting of whiskies matured in Port, Sherry and Sauternes casks. Fifty One refers to the bottling strength of this whisky, which, unsurprisingly, is 51% abv. Using that famed Bavarian malt, ageing in different casks, and bottling at a high abv… it sounds like Slyrs Fifty One ticks all the right boxes. Let’s see if that actually translates into a great whisky.