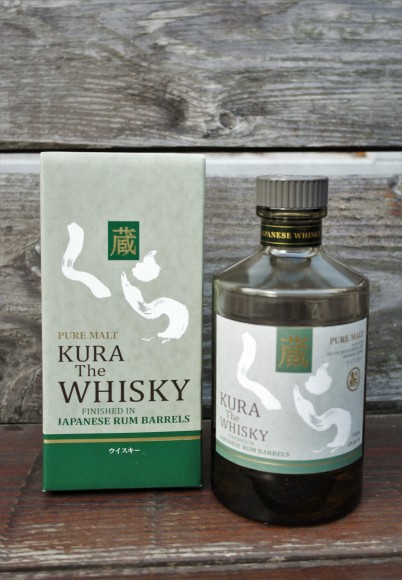 First things first: Kura The Whisky wasn’t actually distilled in Japan. So why does this bottle bear the label Japanese Whisky I hear you ask? Well, while many countries have strict regulations that govern the distilling and labelling of whisky, Japan is notoriously lax when it comes to such matters. To take just one example, Japanese whisky makers can get away with including up to 70% generic blending alcohol in their “whiskies”. But back to Kura The Whisky. Suffice it to say, the raw spirit in this dram was produced in Scotland. Okinawa-based rum distillery Helios then shipped it to Japan, stored it in their rum casks for a while, and proudly proclaimed it “Japanese whisky”. If this feels like Helios is jumping on the bandwagon of Japanese whisky’s success story, well… that’s because it is. Not that Helios hasn’t been in business for some time, having produced quality rum and awamori (a rice-based liquor) since 1961. While Helios did distil some of their own whisky in the past, they seem to have stopped production since 2001, half a decade before Japanese whisky started becoming liquid gold. But let’s not judge a bottle by its cover, it’s time to give Kura The Whisky a try!

Nose: Young and surprisingly peaty. But not in a fresh, lively way… There is a slightly sour scent of brine and seaweed, mixed with a rather alcoholic quality, like nail polish remover or glue. Sweet aromas from the rum cask do lurk underneath, offering notes of vanilla and icing sugar, but they are very much playing second fiddle. The end result is not altogether very pleasant.

Palate: Light-bodied, but smoother than expected given what we’ve just had to endure on the nose. The peat is quite friendly and restrained, with a definite maritime hint. Again the rum influence doesn’t show up until the very end, as notes of brown sugar and coconut unfold. On the whole, this whisky manages to be both sharp and dull, with rough, metallic edges to an otherwise uneventful dram. Not what you’d hope for from a young, peated whisky.

Finish: Dry and acrid, with a charred, ashy aftertaste.

Verdict: Kura The Whisky was described by an online reviewer as tasting like Scotch stored in a barrel of asphalt. Sadly, that’s not too far from the truth. I’ve had many excellent young, rough, exuberant whiskies before, but Kura isn’t one of them. I question the wisdom of using rum casks for an immature, smoky spirit like this, but then again that’s what was easily at hand at Helios. The result isn’t subtle or sophisticated in any way, and therefore quite un-Japanese (but that makes sense given where it was distilled). Kura either needs a longer maturation to take the rough edges off and really make those rum casks count, or (more likely), this blend simply requires better components. Either way, if you’re going to dish out this kind of money on a Japanese whisky, you might as well make sure it’s not a second rate blended Scotch…