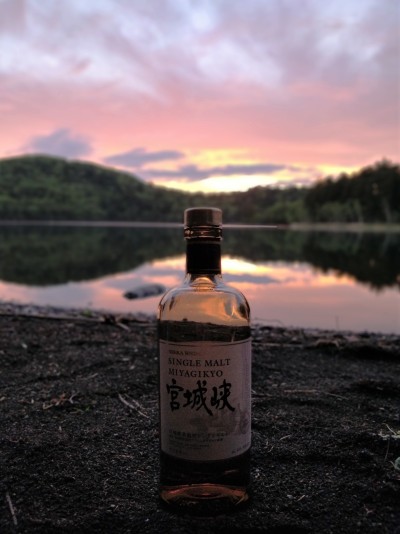 Freshly rebranded, Miyagikyo Single Malt replaces the previous Miyagikyo NAS bottling, as well as the distillery’s 10, 12 and 15 year old expressions. The reasons why are obvious, as skyrocketing demand continues to put pressure on aged stocks of Japanese malt. In fact, Nikka’s other stalwart Yoichi has received identical treatment, with the entire range being replaced by a similar NAS bottling.

Having said that, all signs point to the fact that Nikka has included some older whisky into Miyagikyo Single Malt. This is very much a good thing, and reverses a trend whereby Japanese NAS whiskies were becoming ever younger. A large portion of this dram was aged in ex-sherry casks, complementing the delicate distillery character with sweet, nutty undertones. This whisky was my travel companion during a recent camping trip in Japan, and sure kept me warm and cheerful on some cold Hokkaido nights. So while for me this Miyagikyo scores points for sheer nostalgia, it’s also objectively a very pleasant, rewarding dram that I can confidently recommend to anyone taking their first steps in Japanese whisky.

Nose: Mellow and somewhat musty, as a perfume of ripe orchard fruits unfolds. Plums and pears reach a crescendo before giving way to the citrusy smell of yuzu, providing the nose with a dash of freshness. The sherry influence is unmistakable, as aromas of raisins mingle with hazelnut, ginger and for lack of a better term… fruity ash.

Palate: Light and quite delicate, as the fruit carries over from the nose. Oaky notes combine with a dry spiciness, as flavours of cinnamon and chocolate give this whisky a bit more body. There’s even a bit of cigar smoke here. Raisins and roasted cashews round off the experience. Then Miyagikyo turns up the heat, igniting the palate with chili flakes and peppercorns.

Finish: Medium long and rather spicy. The alcohol percentage of 45% works a charm here, continuing the fiery character that took hold of this Miyagikyo. The aftertaste is pleasantly malty, with notes of toasted grain husks.

Verdict: For an entry level Japanese whisky, this really is an excellent dram. Miyagikyo Single Malt offers a captivating combination of delicate fruit, with a spicier, punchier character towards the end. The result is a very satisfying dram that’s beautifully built up. Can this Miyagikyo compare with the age statement whiskies of yesteryear? Well no, of course not. But then Miyagikyo Single Malt sells for as little as €35 in Japan (or at least double that if you’re buying in Europe). Moreover, it’s the only Miyagikyo currently widely available, and certainly holds its own in the wide field of Japanese NAS whiskies on the market. I for one am happy to drink this while Nikka (hopefully) focuses on replenishing its aged stocks. 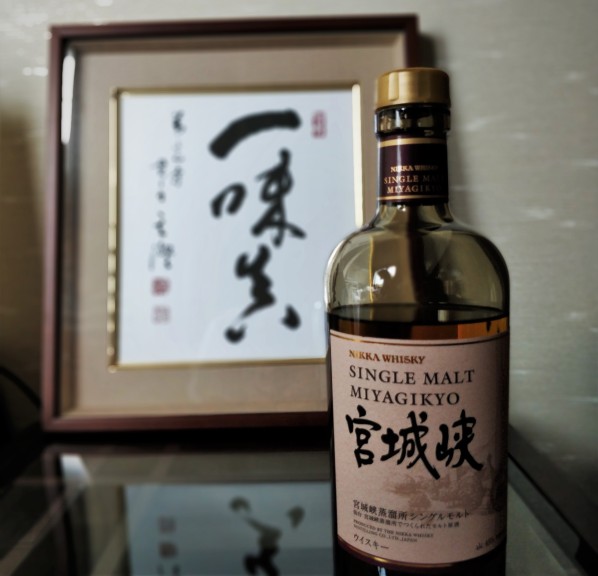