How envious we are sometimes of people like Anthony Bourdain, Ian Wright or Michael Palin. Offered a chance to travel the world, explore new places and try new cuisines. And getting paid to boot! Amazing, right? But now imagine the same job, all the while being able to sample the finest of whiskies at some of the most scenic distilleries. Such was the luck of legendary whisky writer Alfred Barnard. Sure, the geographical spread of distilleries at the time wasn’t very global, and indeed Barnard’s assignment was limited to the UK. But for someone who likes whisky and writing, it still seems like a dream job! Sent out on an epic assignment to chronicle every known whisky distillery in the United Kingdom, Barnard’s grand tour took over two years to complete. The result is considered by many as the most important book about whisky ever written. Despite this, relatively little remains known about Barnard beyond his epic journey.

Born in a village in Essex to a draper and a grocer, Barnard was one of eight children. He married when he was 22 years old and moved to London to start a toilet soap export business, before shifting his focus to more general merchandise. This seems to have paid off well for him, as he and his family moved houses to more upscale neighbourhoods in London. In the 1881 census, Barnard’s occupation was listed as a gentleman, indicating that he made a living off the businesses he owned. Even so, that same year he found employ with Harper’s Weekly Gazette, a magazine about the British wine and spirit trade. And these happened to be rather turbulent times for the spirit sector in Europe. The phylloxera epidemic had just laid waste to vineyards all over France and Spain, severely limiting the availability of the brandy so loved by the English upper class. Whisky seemed like an obvious substitute, but the English masses knew very little about this water of life from up north. Fortunately Barnard, an avid whisky drinker himself, volunteered to acquaint his readers with the liquid gold flowing from both Scotland and Ireland. He was to visit every whisky distillery in the United Kingdom, writing about each for the magazine and sending in his entries by mail. His quest would take him past 129 distilleries in Scotland, 29 in Ireland and 4 in England.

Barnard freely admits that at the outset of his journey, he did not have a whole lot of knowledge on distilling processes and struggled to describe them. As all those who have been on a few distillery visits know though, the fundamentals are the same everywhere, and a few weeks into the job, Barnard could claim that he had “acquired quite a zest for these distillery studies”. What does stand out from the very first pages of the book is Barnard’s unbridled passion for whisky and the enthusiasm for the journey he was about to undertake. His whole reason for writing the book was to convince his readers that “good whisky, as a beverage, is the most wholesome spirit in the world”. Barnard truly loved his whisky, and the number of times he enjoyed a “wee drappie” while on the road is almost beyond counting. His book is a travel journal as much as a description of distilleries, as Barnard attempts to take the reader along on all the aspects of his journey. While he is generally in awe of the fine scenery he comes across, he doesn’t dull his criticism when the landscape is not to his liking, describing the (admittedly boring) section where Islay’s airport now stands as the “most uninteresting, dismal and lonely road […] we had ever experienced”. Along the way, Barnard throws in some jokes and good humour. This makes his book a pleasant read, and in today’s setting Barnard would undoubtedly have made a fine travel blogger.

So let’s take a look at what Barnard’s journey actually looked like. Although he had originally planned to arrive in Orkney by boat to work his way south from there, the weather showed itself at its most Scottish, and Barnard was forced to take the “iron road” to Glasgow instead. On the train journey, Barnard’s claim that he was a “missionary on a tedious pilgrimage to the spirit land” saw him mistaken for an officer of the Salvation Army, but upon passing around his whisky flask, any confusion was quickly dispelled. After visiting several distilleries in Glasgow and its surroundings, Barnard set off to Campbeltown by steamer. He must have stayed there quite a while, given that Campbeltown boasted no fewer than 21 distilleries by the time Barnard visited. He then set off by boat again to tackle the nine Islay distilleries operational at the time, before visiting Oban and a few of the other Hebridean isles. At this point, Barnard returned to London for a while, but made his return north in the summer of 1886, describing the train from London to Thurso as a “tedious journey occupying a day and a half”. From Thurso, Barnard finally got to travel to Orkney by sea, as he had originally intended almost a year earlier. The return journey took him past the northwest Highlands, visiting distilleries such as Glenmorangie and Clynelish. From thereon, the Speyside awaited. The region boasted nowhere near as many distilleries as nowadays, as the big boom in distillery building had yet to take place. Even so, Barnard visited around 20 distilleries, before making his way past the Highland distilleries along the east coast, and down into Edinburgh and the Lowlands for the final lap of his epic journey.

Barnard visited many distilleries that are now no longer operational. At the same time, modern day powerhouses such as Glenfiddich, Tomatin or Dalwhinnie simply did not exist yet at the time. Similarly, Barnard could not predict the future, and wrote many pages on some distilleries that would close soon afterwards, while distilleries that went on to make a lasting impact barely get mentioned. You might wonder therefore why Barnard’s book was so hugely influential. What makes his work the legendary publication that it has become? As always, Google gives a good hint as to the answer. Type in Alfred Barnard’s name, and the search giant will tell you that Barnard was a historian, rather than a writer. While his book is an interesting read in its own right, and at times almost feels like an account of his Lads on Tour trip to Scotland, it’s the historical significance that makes this such a celebrated work. Barnard provides us with more than just a description of each distillery. He takes us back to a time when the whisky industry was on the cusp of one of its greatest booms, and provides us with a brilliant insight into what distilling truly looked like in the 19­­th century. Barnard paints a picture of a cottage industry, where each distillery had to be self-sufficient. Features such as a cooperage, a malting floor, stables, a mechanical store and employee houses were indispensable parts of a distillery, rather than just aspects to attract tourists to a distillery nowadays. And the nature of the whiskies differed too from what we are used to today. This was a time when almost every whisky was smoky, with peat being the fuel of choice almost everywhere in Scotland. Similarly, Barnard would find either new casks or the occasional sherry butt next to most distilleries, since today’s bourbon barrel aging would not really take off until the early 20th century. As author Aaron Barker puts it nicely, “Barnard’s writing shows us that today’s notions of a sweet, bourbon-matured Highlander or a sherry finished Speyside whisky are modern creations indeed”. For a good illustration of this, look no further than Lagavulin 8 year old, meant to be a recreation of a Lagavulin whisky as Alfred Barnard might have encountered it in 1886. Beyond these ‘throwback whiskies’ though, much in today’s Scotch industry has changed forever, with written records sometimes thin on the ground. We should be grateful therefore, that Barnard graciously accepted the amazing opportunity to travel, drink and write on our behalf. Even so, as I pour myself a no age statement rum finished whisky, I can’t help but feel a little jealous of Barnard and all the contemporary classics he was able to sample… Maybe time to watch a travel show to cheer up? 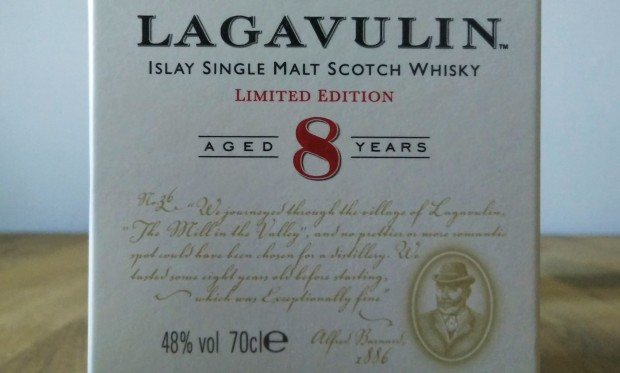 One thought on “Alfred Barnard: The Wandering Whisky Writer”