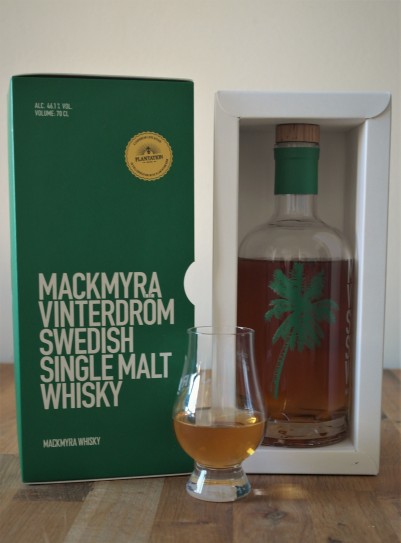 Sweden is perhaps not a country famous for distilling whisky, but since 1999, Mackmyra distillery has been producing a wide variety of excellent drams. Such has been the quality and acclaim of Mackmyra’s whiskies, that high demand pushed them to open a second distillery in 2011. This is the Gravity distillery, and in true Swedish fashion, its production is very environmentally friendly. 35 metres high and relying on the forces of gravity for many of its processes, it manages to save up to 45% on energy use compared to the first distillery. After distillation, the whisky is stored 50 metres below ground in an abandoned coal mine for maturation. The cask of choice for this is often Swedish, rather than American oak. Mackmyra claims this wood type gives the whisky a rougher, harsher flavour, which better represents the Swedish climate.

Vinterdröm is Mackmyra’s latest release in the limited edition ‘Seasons’ range. All of the whiskies from this range have received an unusual finish, and Vinterdröm is no different. Apart from Swedish and American oak, the whisky has aged in casks that previously held rum from Barbados and Jamaica, belonging to the famous rum producer Plantation. The result is a seasoned, sweet whisky with plenty of Caribbean swing in it.  With its sleek packaging featuring swanky palm trees, this whisky also just looks very cool. Let’s hope it tastes the same!

Nose: Tangy and alcoholic, with notes of coconut and Demerara sugar. There’s quite a lot of vanilla too, along with a distinct aroma of caramelised apple. This gives way to fresh pine wood and a hint of banana. Through it all, the nose is unmistakably spicy, with chillies, cloves and cinnamon coming to the fore. The rum influence is obvious here, and bodes well for the rest of the dram.

Palate: Sharp and fizzy, raging like a cyclone of tropical fruit and pungent spices. Thick layers of allspice and nutmeg slowly merge with notes of cinnamon and cocoa beans. I feel like I’ve just eaten my whole spice cabinet (the oak frame included) with chocolate for dessert. Powerful stuff.

Finish: Long and intense, with an explosion of spices that just keeps on growing. Eventually the dust settles, leaving a lingering sensation of peppery toffee and burnt vanilla.

Verdict: When you buy a rum finished whisky, a dram like this is exactly what you’d expect. The rum influences were already apparent on the nose, and did not fail to leave their mark on this whisky. Having said that, this dram is anything but subtle. Intensely spicy, Mackmyra Vinterdröm is a bit rougher around the edges than some other rum finishes I’ve had (perhaps this is the Swedish oak talking). Despite some lack of balance, this is a very enjoyable dram, and one that will make my winter that much warmer and more cheerful. And with the dark, cold Swedish winter months in mind, this is undoubtedly what Mackmyra’s distillers intended to do. Vinterdröm has made me curious about some of the other whiskies in the ‘Seasons’ range (a birch sap or cloudberry wine finish sounds pretty interesting). This won’t be the last time I’m trying Mackmyra. 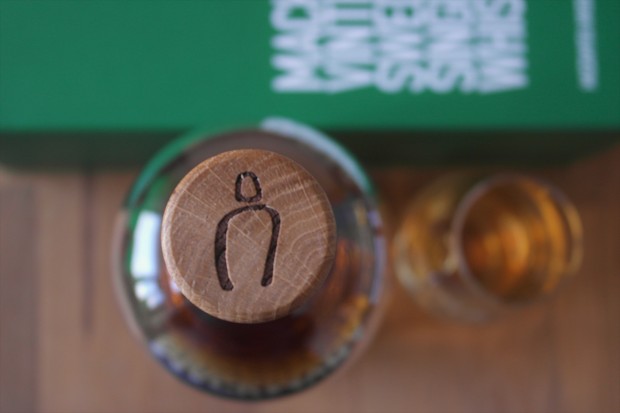