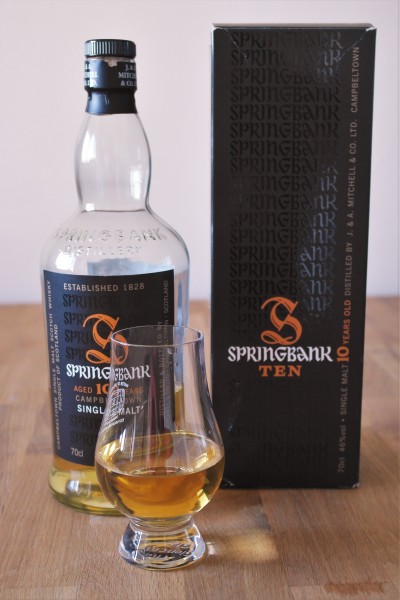 The lone survivor of what was once termed the ‘Whisky Capital of the World’, Springbank is the quintessential Campbeltown malt. While in its heyday Campbeltown was a mighty force in whisky making, boasting no less than 28 distilleries, its fall was equally dramatic. Springbank was the only distillery to survive the onslaught and is the only Campbeltown whisky to remain in constant production since the 1820s. This was not entirely down to luck. Where Campbeltown’s commercial success led some distilleries to become complacent and produce inferior spirit  (there are even rumours of whisky being aged in herring barrels, although whether these are based on truth no one can say), Springbank never compromised on quality. As such it managed to stay popular with Glasgow’s blending houses, at a time when Speyside malts were much more in vogue.

Springbank distillery is still family-owned; something quite special in today’s corporate setting. In addition to Springbank, it also produces Hazelburn and Longrow. The distillery is the only in Scotland to malt all of its own barley, allowing it to carefully control the peat levels in the malt. While Hazelburn is unpeated and triple distilled, Longrow is heavily peated and double distilled. Springbank falls somewhere in between: lightly peated and distilled two and a half times.

With Glen Scotia and Glengyle distillery also back in production, Campbeltown is seeing a slow resurgence in popularity. Although the golden days may never quite return, thankfully Springbank is here to stay.

Nose: Pungent and prickly. The initial burst of vanilla and heathery lavender gives way to fruity aromas of ripe pear. These are replaced by scents of fresh paint and burnt wood.

Palate: Tangy, somewhat fizzy even. Tastes of a bonfire, much more peaty than the nose would suggest.  Underneath the thick layer of smoke linger flavours of breakfast cereal and shortbread spiced with nutmeg.

Finish: Short and sharp. Briny notes of seaweed and peat bogs develop into a lingering aftertaste of oaky wood smoke.

Verdict: Although this whisky is somewhat one-dimensional, it delivers on this single dimension rather well.  Don’t expect complexity, smoothness or a deep sensory experience. Instead you get a very solid dram that’s bound to please. 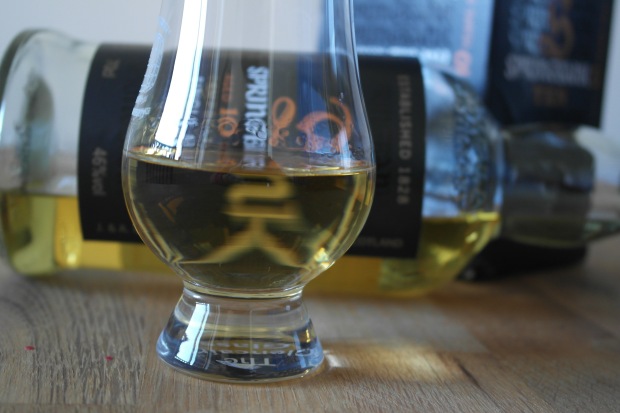 One thought on “Springbank 10 year old”