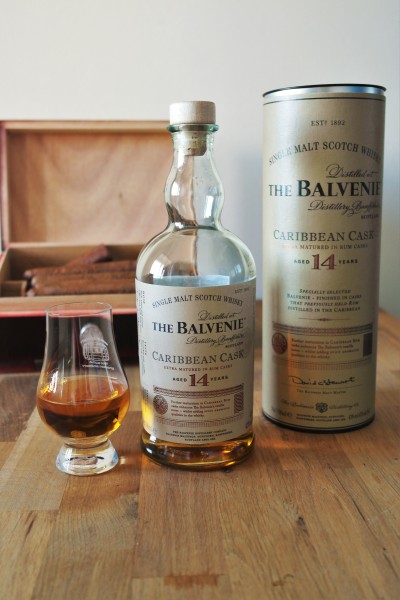 The Balvenie Caribbean Cask has been around for some time, but was
previously branded as the Cuban Cask (shh don’t let anyone know the Commies might have had anything to do with it) and Golden Cask (too nondescript). What all these different names point at is that the whisky has received an extra maturation in casks that previously held rum, giving it a sweet, spicy character. There are not too many rum finishes out there, so be sure to give this one a try. You won’t be disappointed!

Palate: Powerful honey fills the sails, with the Balvenie’s heathery malty notes also boarding ship.  Intensely sweet and fruity in character, before the spices explode like a symphony of cannon fire. Belatedly the rum notes come swashbuckling in, leaving quite the impression. Layer upon layer of complexity.

Finish: Arrrrr! The finish is long and intense, with the sweet notes dissipating into the lingering bittersweet sensation of Caledonia meeting Caribbean.

Verdict: This is an exceptional whisky, and well worth having in your collection at this price point. The traditional whisky flavours are exquisitely balanced with the rum influences and provide an excellent example of the added complexity that finishes can provide. Warmly recommended. 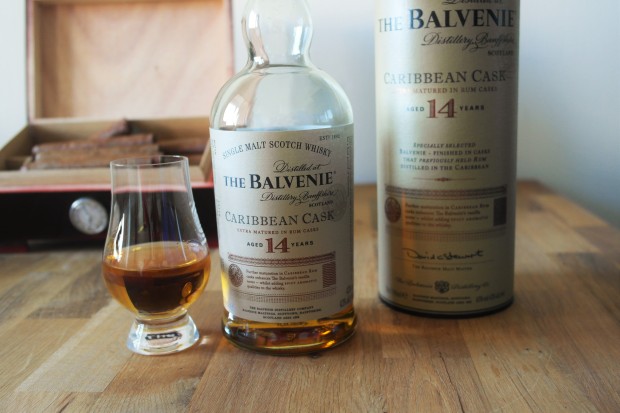